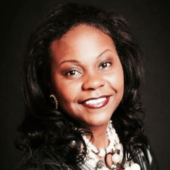 Chrystal Buckrham
Mentor
It takes a village” to raise, train, and undergird others

It is no secret that we are living in a self-absorbed, self-serving culture. Self-aggrandizement as it pertains to American culture can be observed throughout many facets of everyday life including our obsession with selfies, the compulsive utilization of social media to relay personal thoughts, desires, and ideas; and the position taken by many, whether conscious or subconscious, that purports, promotes, and praises an attitude bordering on narcissism conveying, “life is about me, myself, and I.”

Despite this cogent observation, there remains a group of individuals who realize the necessity and personal obligation of recognizing and attending to the needs of others. Rather than self-centeredness, these persons, of their own volition, commit to self-sacrifice and live in the spirit noted by former President, John F. Kennedy, asking not what can be done for them, but what they can do for others.

It is in that vein that “I Am Whole” exists; a beacon, seeking to empower, edify, and uplift those often marginalized, forgotten, or simply in need of care and concern. Not to be mistaken with the “pull yourself up by your own bootstraps” mentality, but rather an intentional interest in the development and well-being of fellow citizens.

The old adage remains true, “it takes a village” to raise, train, and undergird others. I believe it’s safe to presume that many of us would not be the contributors to society that we’ve become had it not been for the volunteerism, care, or concern of others. Whether a parent, extended family member, teacher, friend, fellow parishioner, or random stranger, we are all here not of our own merits, but because of the kindness, compassion, and consideration of another.
The need to implement organizations such as “I Am Whole” is imperative. As one who operates a similar outreach of sorts, I see the immediate and long-term effects of mentorship. I can say, without equivocation, there is no greater pleasure nor fulfillment than hearing success stories of adolescent and young adult women whose lives have been directly impacted because of mentoring. The ability to communicate the importance of obtaining an education, having an awareness of social graces, decreasing teen and out of wedlock pregnancy because of abstinence education, and career training have all been tools that have proven beneficial in ways in which only eternity will reveal

“I Am Whole” stands as a figurative lighthouse that will serve as a navigational source for many, and inevitably change the course of countless young women who in some small or monumental way will change their immediate environment, city, state, country, and world as a whole.

Congratulations, Marilyn, as you charter this great work focusing on the needs of others. May you join the ranks of those deemed revolutionary because they sought not to be served, but to serve, and render themselves as vessels/ conduits through whom blessings and the impetus for change freely flows.