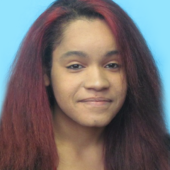 Mara Hieber
Mentee
I found the energy to keep myself going

When I first met Ms. Mar I was a troubled teen on the wrong path. I was disrespectful not only to myself but to authority figures and my peers as well. Over the three years I spent with this phenomenal woman, she has taught and showed me a many things. The first year I learned a lot of things about myself. First off; I was very quiet and shy, but my attitude went from zero to one thousand in 2.5 seconds. I was set on letting the people that did not like me know I wasn’t one to be messed with. In turn I got in trouble, faced mediations, and suspensions which held me back from seeing my full potential! Not to mention that I was placed on probation; in and out of court. Dealing with me was no walk in the park. Now I want to apologize for that behavior. In my second year I would say I was a little more feisty than before. I was in all the drama and I made sure to be outspoken this time around. Which still gave me the same results. I was a trouble maker and the attention was nice to me, but she still hadn’t given up on me! Call her crazy I know! She has a gift that she sees your potential and tugs and tugs and tugs at you until you see it in yourself! So by the end of my second year, I was a junior in high school and I was able to put my brain to work for once and actually get my stuff done. It felt good to be accomplished, and recognized for everything good I was doing! I started my graduation project early, only to get a jumpstart into my senior year. Over the summer I had a lot of trouble keeping myself focused and on the right track. Now the 2013-2014 school year was coming up and I once again went in with the same attitude! I hated waking up, I hated going to school, and it was always drama. There wasn’t a day that I didn’t end up in her office because of the drama going on with me and other females. I surrounded myself in the negative energy because I was negative myself.

Then a lot of things turned around for me to the point where I was doubling my classes, working, and finished my graduation project before anyone in my graduating class. Now I owe all of this to this woman, because she cheered me on when I couldn’t find the energy to keep myself going. She encouraged me, disciplined me, she showed me and helped me see that I can do anything I put my mind to even if it takes a little more effort then you’re willing to give. She’s made me try again after I’ve failed and she’s picked me up from some of my weakest moments! I have opened up, cried and laughed with this woman. She was the help that I needed and when and if I needed somebody today I know she would still be there! One of the forever people. She never stops trying to make you a better you, most importantly she will never give up on you even when you give up on yourself!