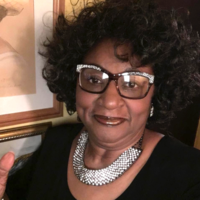 Reverend Myrna Lewis Hallenbeck is the wife of Bishop Peter M. Hallenbeck of the Full Life Deliverance Ministries Incorporated, where she serves as the Senior Pastor. She is the mother of Peter, Patrick, Lorna, and Leslie, and the grandmother of eleven.

Her spiritual journey started at the Liberty Baptist Church in Elizabeth, New Jersey, but her life began in 1958, at Mt. Ararat Church of God, a little sanctified church where she gave her heart to the Lord under the pastorate of Bishop Odessa Clayburn. In pursuit of her passion, Pastor Myrna, an anointed psalmist, began singing at the age of five years old. As her gift made room for her, she walked through effectual doors as the Lord launched her ministry.

In 1959, she became a member of Deliverance Evangelistic Centers, Incorporated, in New Jersey under the capable tutelage of the late Apostle Arturo Skinner. Here her calling to the ministry was nurtured and developed. While she was in high school, she enrolled as one of the youngest members to register in the Deliverance Bible Institute where she attended for three years of undergrad, and one year of postgraduate studies. Pastor Myrna traveled across the country with the Deliverance Crusade Team singing before thousands. One of her most memorable experiences was singing before twenty thousand people at Madison Square Garden, and countless souls received the Lord Jesus into their hearts. No stranger to the evangelistic ministry, her travels carried her to areas of California, Yale University, 42nd Street and Broadway in New York City, and the four corners of the north, south, east, and west ministering to the lost in word and song.

In 1973, Apostle Skinner sent Pastors Myrna & Peter to Pittsburgh to fulfill a great commission of founding a Deliverance Ministry. Additionally, she has embraced the Kingdom call to the total man by serving unselfishly in many organizations such as prison ministry, hospice care, Pittsburgh Aids Task Force facilitator, counseling, Angel Tree with Chuck Colson, women’s retreat facilitator, PACT clinic spiritual advisor but first and foremost, tending to the congregation that has been placed in her care.

Endowed with a heavy mantle of healing and deliverance, Pastor Myrna, receives invitations to come and spread the Gospel in the realm of preaching and song with signs that follow, locally and abroad. Her goal is to motivate God’s people to master the gifts that have been given for the edification of the Body of Christ, and to let their lights shine in order that God’s Will be revealed. She believes that love is the key to winning to souls to the Kingdom. Therefore goes her mantra; “It’s All About Love.” She walks steadfast in her conviction. 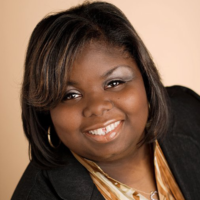 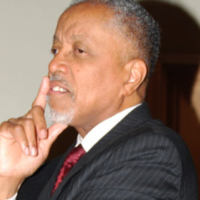 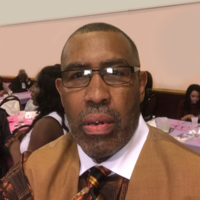 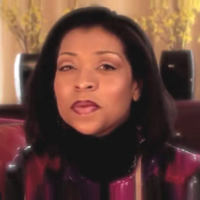